Now:
My daughters are playing Genshin Impact and are all excited about the new fish weapon you can get there. This reminds them of the one their mother (me) once made.
That drove me to gather a collage of pictures from the time I worked on it, and posted it online. That post lead to this article. 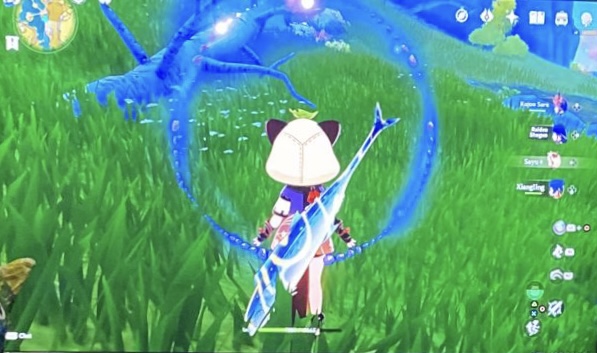 Then:
A couple of years ago (before the pandemic took over the world), a friend of mine organized a small comical open-world LARP (that I couldn’t even attend myself). She complained to me about all the props she had to make within a week, including, well… a fish. It was a reference to the one Monty Python’s knights had, and THAT got my attention.
I asked a few questions, like “Are they going to hit each other with that fish?” and concluded “so IT IS a weapon.”
Next thing she knew I sent her: “Challenge accepted.”
She didn’t ask for my help and was really surprised. After a few quick guide-lines she vanished offline, before I could change my mind, and left me with what I just got myself into.

I started by googling and staring at Herring’s photos.
Next stage was to decide how big I wanted it to be and draw the outline on a cardboard, cut it and mark it on EVA foam Sheets.
The area next to the tails is slimmer than what it’s supposed to be, for comfortable grip. 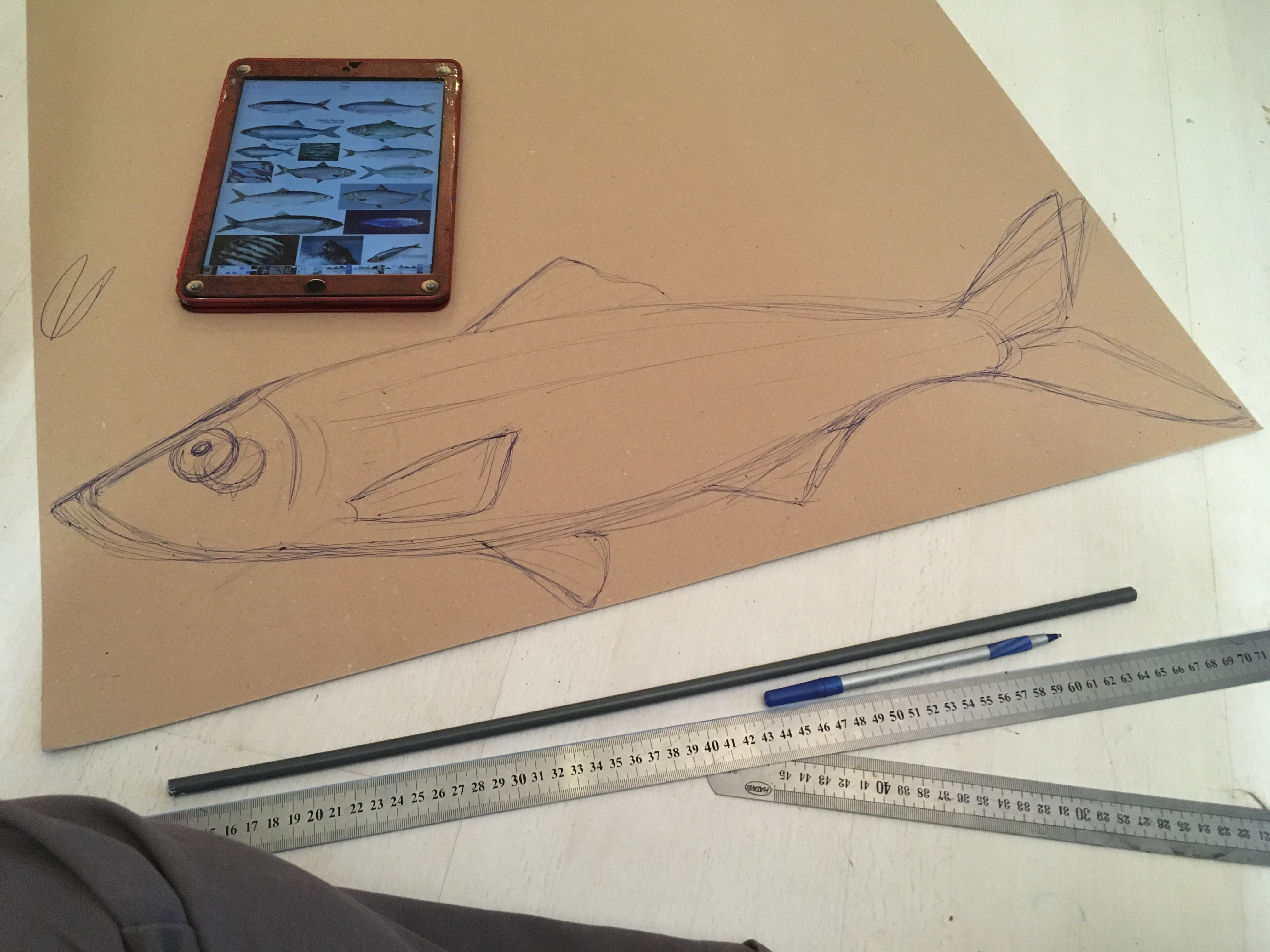 I secured the rod ends with contact adhesive and jeans straps. 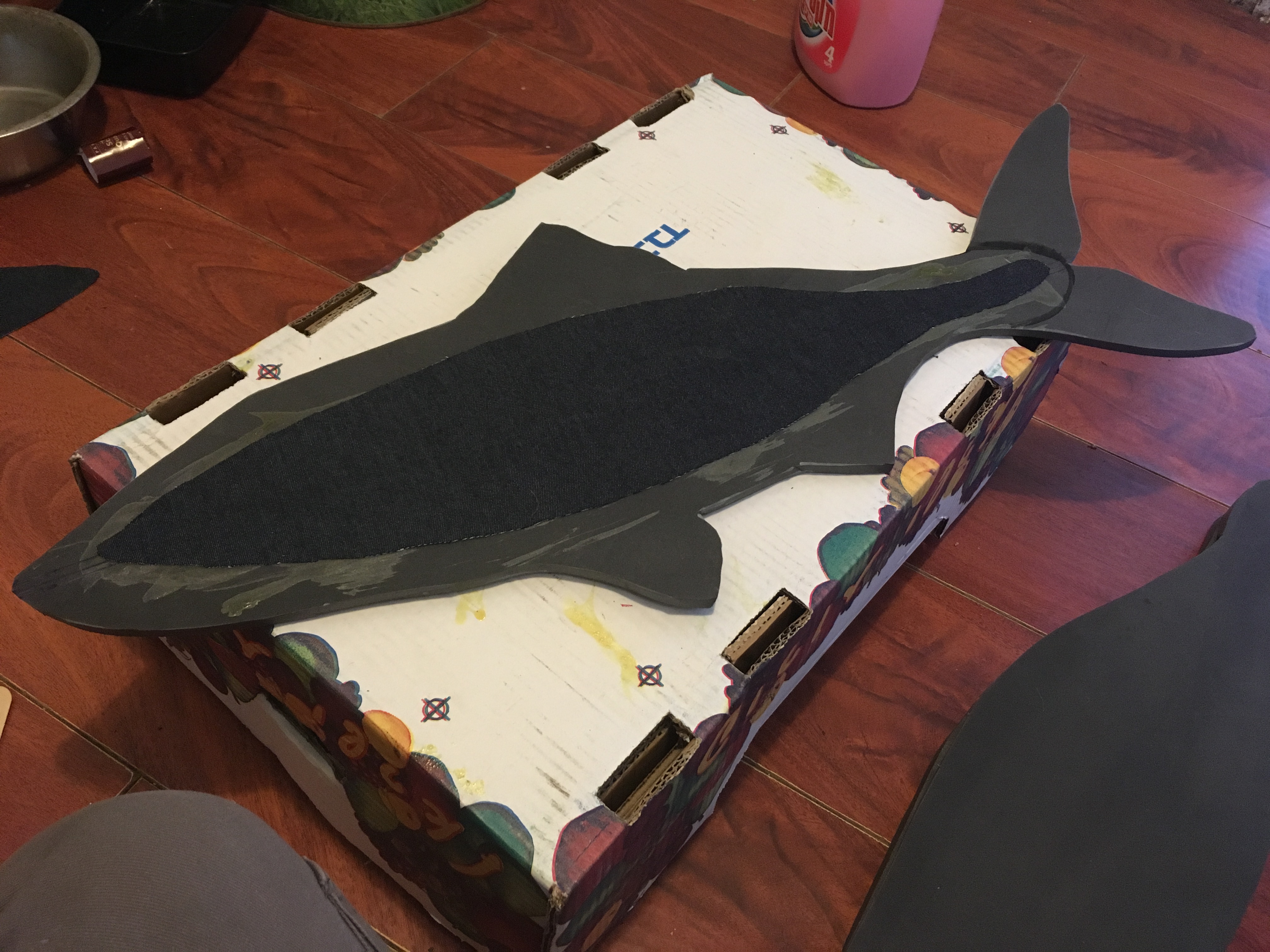 Glued the layers to each other and left it pressed overnight.
The waiting was the hardest part.

Next step was to round it up, first a rough cut with a utility knife, and then with a dremel.
There was black powder everywhere (mask is a must).

Finding photos of a fish from all angles (front, above, behind) was Challenging, I ended up buying an actual stinky fish for reference.
After dremeling and dremeling some more, I drew the scales with a marker and used a soldering pen to scorch it. 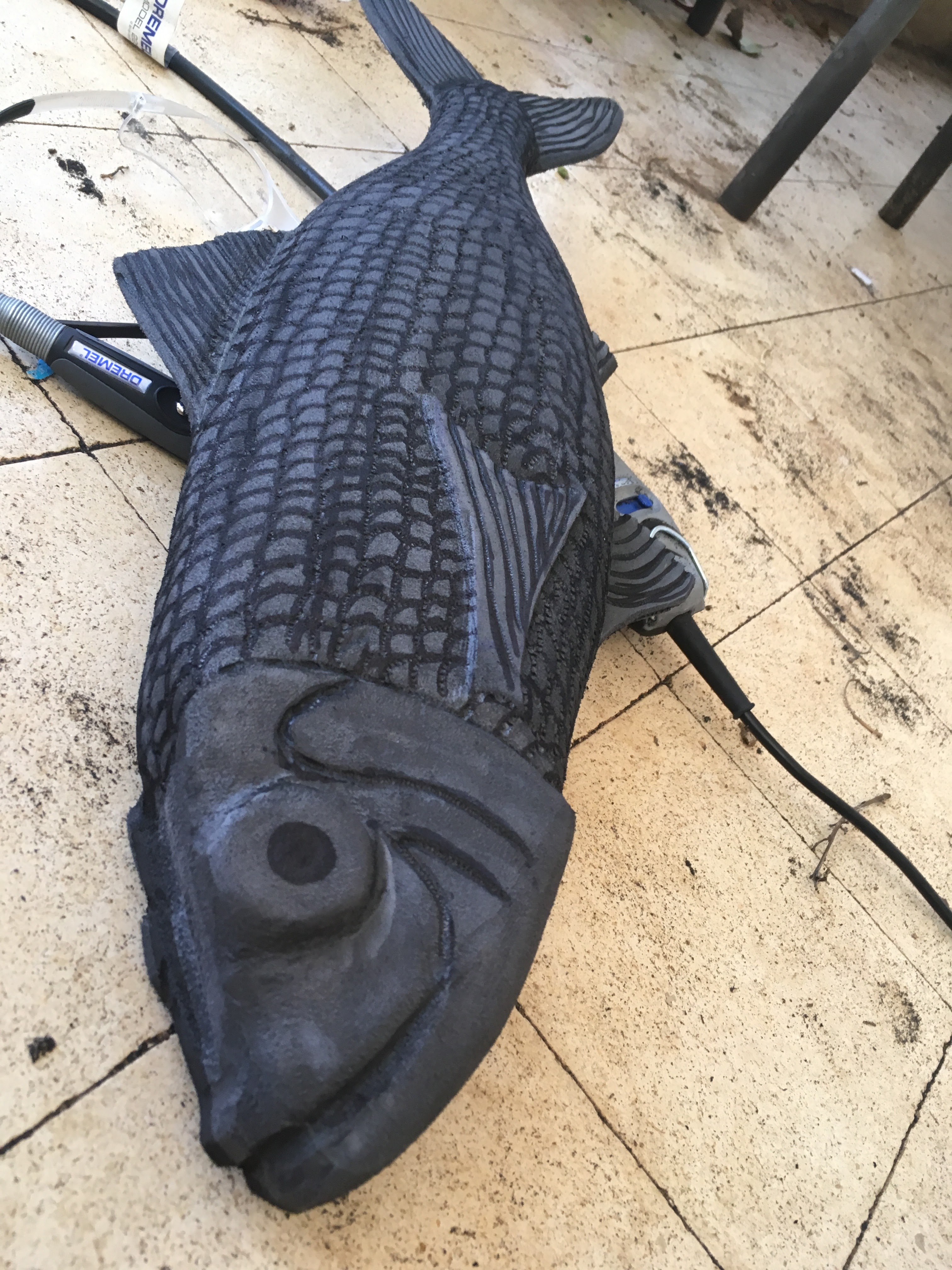 And could finally start to paint it. First few layers of black acrylic mixed with latex.
For the  final layers I used a  metallic shimmering silver acrylic paint.
Note that the latex adds flexibility to the paint, but tends to yellow later, however for the fish it worked.

I darkened the head and the “back”parts and highlighted other parts.
As a biology major (B.A.) it was important for me to nail the little details such as the fish cloaca and lateral line. I even went for that dead fish glaze.

When I was done painting I applied two layers of gloss yacht varnish. I usually use matt but I wanted the wet-look for this one.
It only seemed appropriate to be delivered to my friend’s LARP wrapped in newspaper (that’s Hebrew, I live in Israel).

Later on I ended up using it as my character’s weapon, where she wasn’t allowed to carry an actual weapon in the city.
The puzzled look of the guy approving the weapon’s safety and marking them, was priceless, I assured him it should be viewed just as a club, with fins.